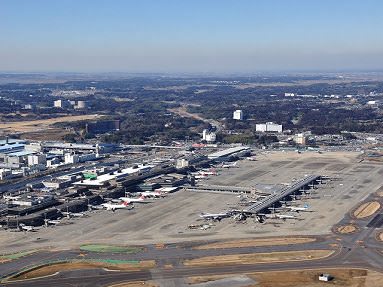 Narita International Airport (NRT) handles mostly international air traffic and is the arrival point for the majority of foreign travelers in Japan. Formerly known as New Tokyo International Airport, this international hub is located in the city of Narita in the Chiba Prefecture about 60 km outside of Tokyo. The airport consists of two terminal buildings, terminal 1 and terminal 2, with various airlines assigned to each terminal. Although Narita is a outside of Tokyo, there are numerous rail and bus lines that connect the airport to the city.

When traveling through Narita Airport, travelers will find many souvenir shops and restaurants on the premises. Delicious Japanese meals like sushi and udon can be enjoyed before you return home, and there are many vending machines with capsule toys, drinks, and other trinkets to spend your spare Yen coins on. The abundant souvenir shops are convenient for last minute tourists who may have forgotten to buy souvenirs for friends back home. When you book a vacation through Japan Deluxe Tours, you will most likely be flying into or out of Narita International Airport before or after your Japan Tour in Tokyo!

Narita Movies | How to Get Around